A contemporary kitchen in Melbourne's East St Kilda by Rogerseller uses storage to its maximum. Photograph by Caitlin Mills.

According to architect Jack Chen, 'Spaces do need to appear and disappear when you need them to.' In considering the design of a kitchen, regardless of size, we discover just how true that statement rings, and how storage can be for more than just the Tupperware.

Even in larger spaces and homes for more than a couple, storage is important as with every additional family member there are more plates, more appliances and more seats around the table.

In renovating a kitchen in the Melbourne suburb of East St Kilda, the design team at Rogerseller employed a minimal approach with maximum efficiency, and some hardwearing components like those used in base cabinet drawers where each can hold up to 70kgs. Designed for a family with four children, every inch of storage was considered so the drawers include modular dividers that can be configured to the items within.

Topping off the cabinets are Valcucine's Genius Loci drawers, finished in both stone and elm veneer. What is clever about this system is the framework surrounding the drawers opens up 80mm of additional storage space that would normally be consumed by a substrate to support the bench top. Ideal for storing cutlery and accessories right where you need them, they can be finished in metal, a custom graphic or even carved, which adds a personal touch with the reliability of European manufacturing.

It isn't just in the island bench that space has been created through cleverly designed storage, the Latus overhead cabinets use counterweighted fold up doors meaning there are no internal mechanisms, again creating just a little more space and one less thing that can break over time. In the custom pantry, drawers instead of shelves are used for food storage, making things easy to access but also preventing food being lost to the back of the space, only to be discovered well after the expiry date. 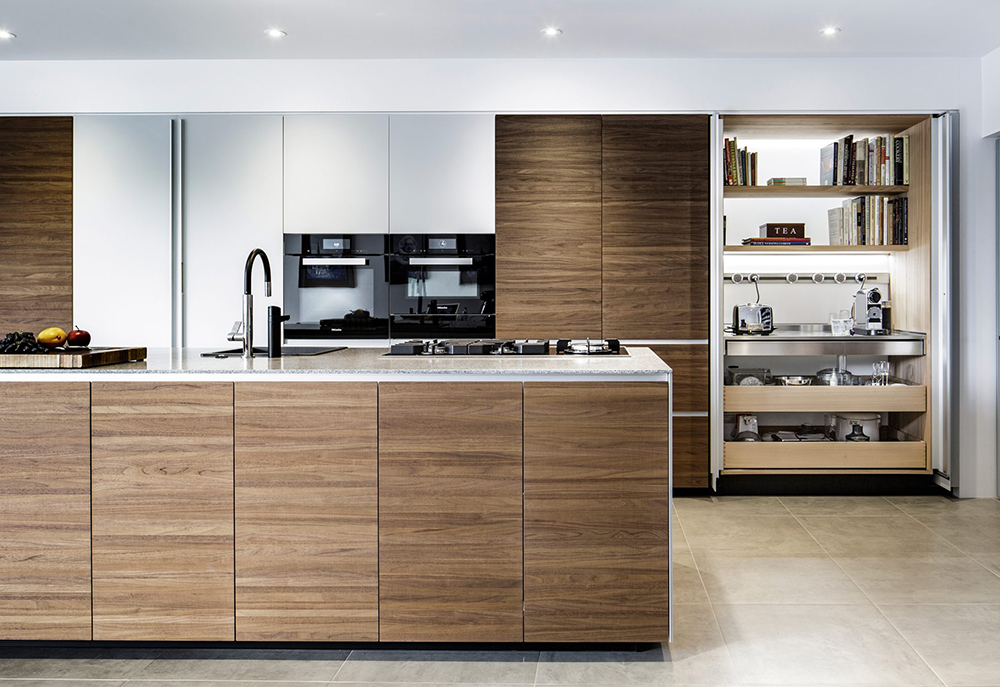 Separate to the main kitchen, the team also installed a pocket pantry including a stainless steel pull-out workbench for appliances. The benefit of these types of pantries is that the doors fold into cavities in the sides of the unit, opening up floor space and reducing obstruction. It is a technique Rogerseller also used in the renovation of an Albert Park residence – adding additional workspace and flexibility with Valcucine's moveable power points. 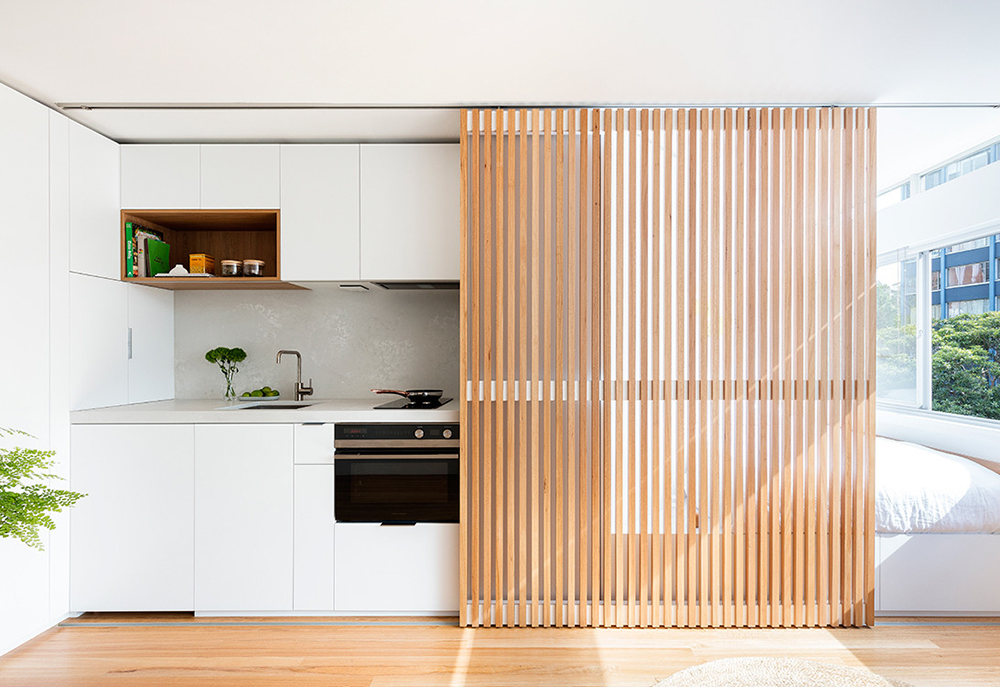 On a far smaller scale, weighing in at 24 square metres, the Boneca Apartment in Sydney’s Rushcutters Bay is typical of the studio-style apartments of the area, though architect Brad Swartz has given it a new life by reconfiguring the interior to suit the occupant’s lifestyle.

Somewhat of a trademark move for Swartz, he has shifted the focus toward entertaining, which means the main area of the apartment is a combined kitchen, dining and living area. What makes this tiny home really work is the timber baton screen that slides to reveal the built-in bedroom, concealing the kitchen. A simple gesture, it completely alters the room, filtering light during the day and opening up the space when required. Like his award-winning Darlinghurst Apartment, the key is in the storage and the ability for a small space to take on a number of functions. 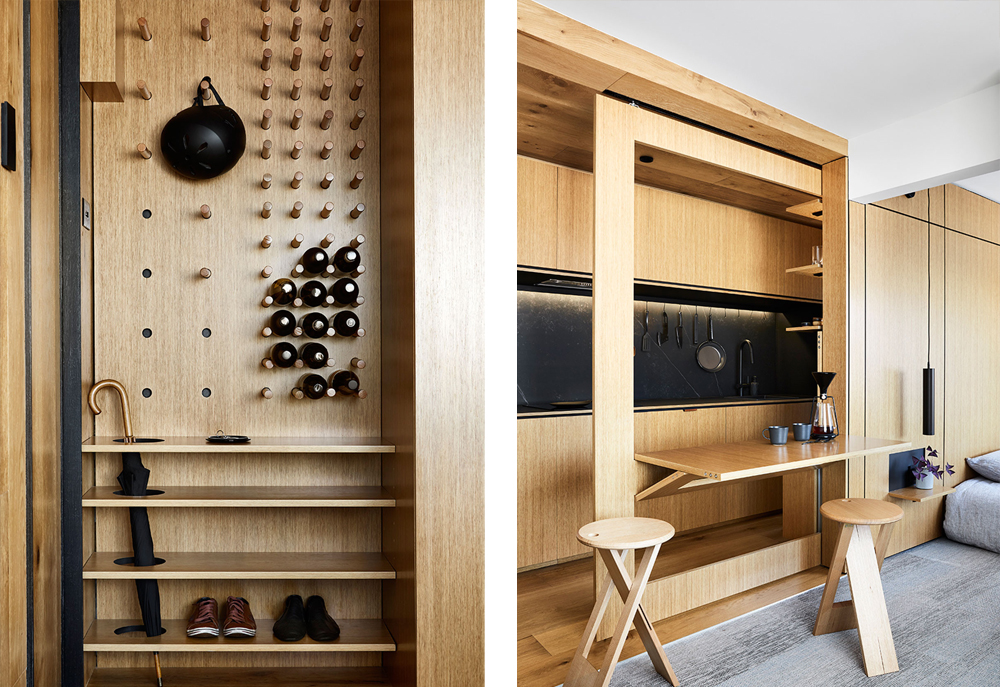 A little bigger, but still on the tiny side, is Tsai Design’s Type Street Apartment where architect Jack Chen has put the limitations of 35 square metres to the test. The result is a one-bedroom home and office with a 4-metre-long galley kitchen that, again, can be concealed.

Custom joinery is the key in this project, as it is with Swartz’s work, and Chen designed a multi-functional timber ‘puzzle box’ that runs the length of the space. At the entry, a peg-board acts as a coat and wine rack leading through to the kitchen where a sliding door doubles as a fold out dining bench. 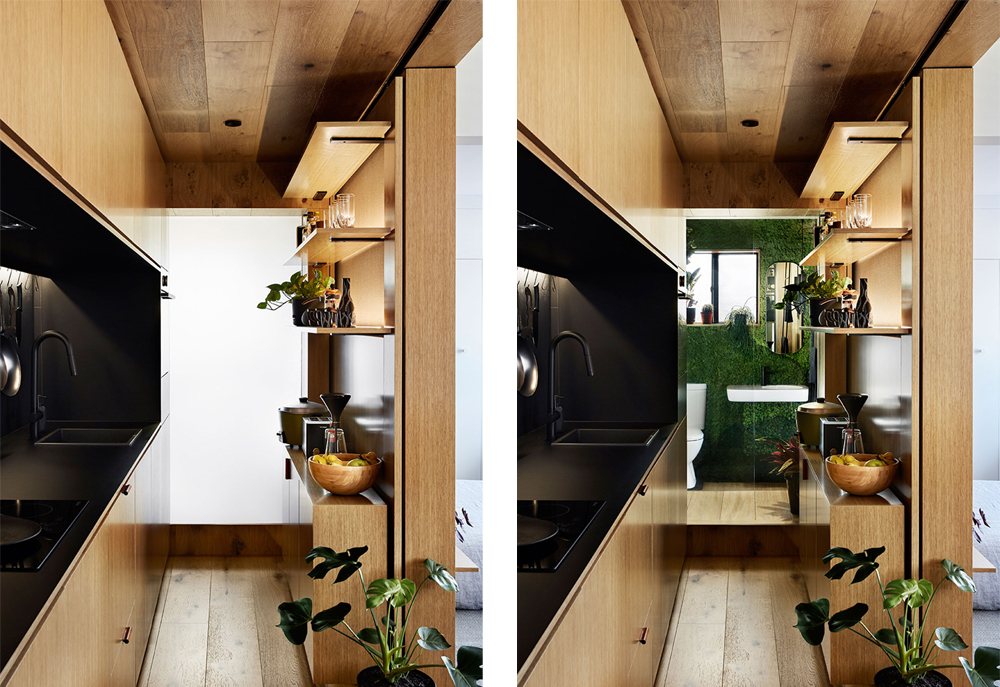 A four metre galley kitchen looks toward the bathroom with views controlled by remote control. Photograph by Tess Kelley.

To the rear of the kitchen, a glass panel frames the bathroom and can be frosted for privacy using a remote control. Everything has been considered, right down to the office chair that folds to become a more comfortable armchair though, as with Rogerseller's solutions for larger family kitchens and Swartz's tiny apartment, it really is the attention to detail in the joinery and the consideration to function that make modern kitchens less cluttered, regardless of their size.

The Valcucine Genius Loci range is available in Australia through Rogerseller 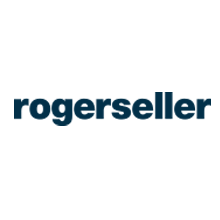