A CITY OF POSSIBILITIES

The Linea collection by Jim Hannon-Tan for Pen

When you’ve worked for some of the biggest names in the design industry, across multiple countries and on numerous products, the question is – what next? How do you bring it all together, find a base and make a name for yourself? HouseLab speaks to Adelaide-based industrial designer Jim Hannon-Tan to find some answers and, more so, the possibilities.

Born with a Spanish and Australian passport, Hannon-Tan grew up in Adelaide, moving to Melbourne to study at RMIT. Being selected as part of the Melbourne Movement exhibition, he booked a one-way ticket to Milan for the 2001 Saloné del Mobile with no intention of returning. A decision based on a quote from Sun Tzu’s The Art of War that suggests if you cut off the easy retreat you will succeed.

'Having a Spanish passport meant I could live and work in Italy freely,' he recalls, though it wasn’t all as expected. 'I initially taught English to Milanese bankers for a few months before landing something in the design industry.' 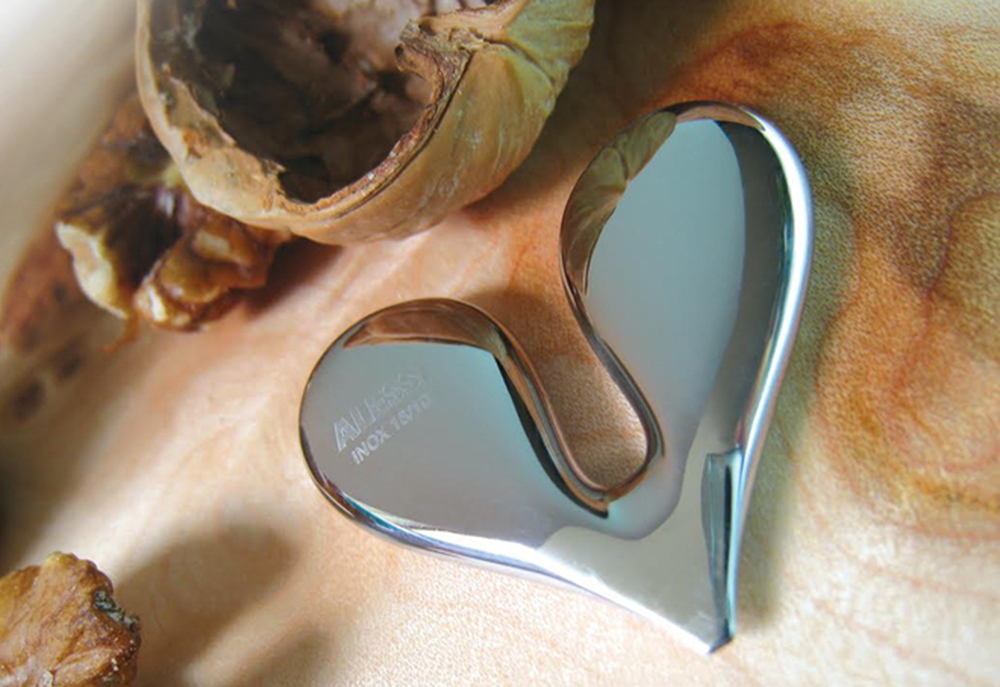 That something was a role at the studio of Milanese designer Stefano Giovannoni, seeing him work on projects for Alessi, Magis, KDDI in Japan and Telecom Italia. The projects ranged from chairs to mobile phones and fragrance holders, resulting in a move to Marcel Wanders’ studio in Amsterdam then to London where he was design manager for Tom Dixon, the brand.

Now, on home turf in South Australia, with a focus on building his own global brand and collaborations with local studios like Melbourne’s Pen, the opportunity to reflect on experience begs the questions – what did you learn, and how are you applying that?

'In Italy it was primarily about the aesthetics and how that informs the commercial aspects, it is completely acceptable for something to be beautiful and that can be enough to justify its reason for existence.' A statement that is balanced by what Hannon-Tan describes as the system of industrialisation where you work within the constraints of what is deemed possible. In The Netherlands, a nation of traders, it was about, 'Finding ways to think smart and being able to push those boundaries.'

Many of these projects were for Moooi, a brand founded and owned in part by Wanders, which led to Hannon-Tan’s move to Tom Dixon where it was all about the brand. 'It was fascinating to be part of the briefing team, defining a project outcome and working across the spectrum of product development from the factory and logistics to communication and sales.' 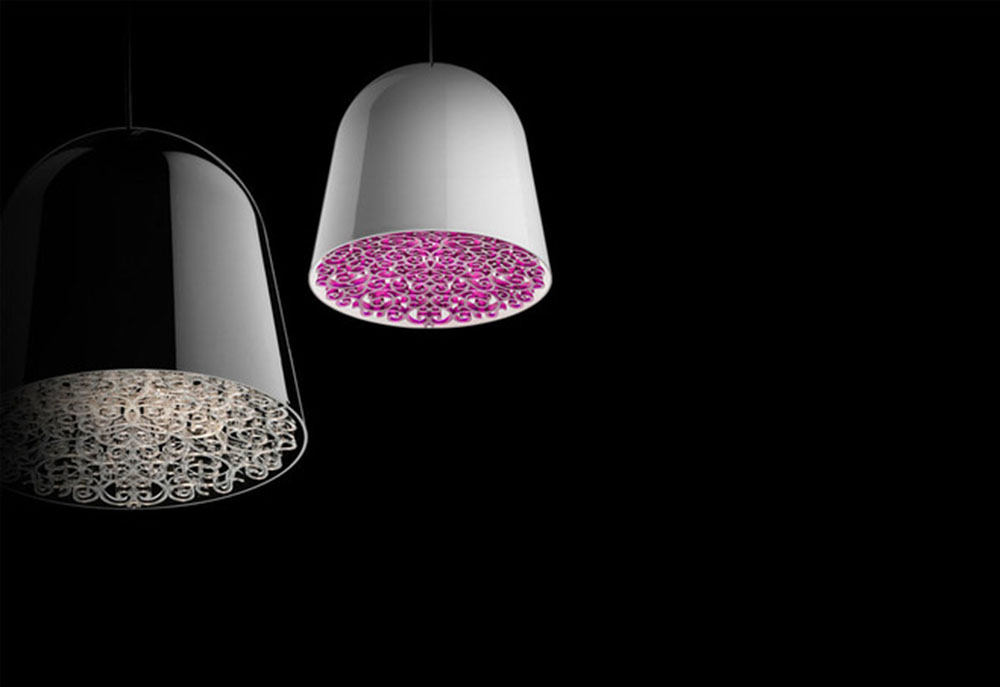 Can Can pendant, designed whilst at Marcel Wanders' studio for Flos.

Unlike in Italy, what he discovered was that it was extremely efficient to design into the industrial system of suppliers, but as he points out, 'It is important to push those systems and allow yourself to be 10% unreasonable as a designer!'

So how does that all equate with being back in Australia? 'I’m focusing a lot on technology here and exploring the eco-system of advanced manufacturing that is emerging in both Adelaide and Australia as a whole.' He points out that Australian design has always been about ideas and functionality, solving problems on the frontier. Inspired by this can-do attitude, he has his hands on some serious innovations.

Currently in the pipeline is a luggage range with Titomic, which utilises cold-gas dynamic spraying of titanium alloy particles to create ultra light weight shells. He is also collaborating with Monash University and the University of South Australia to explore microfluidics, a technology widely used in the biotech sector. The results have given rise to novel ways to mix and diffuse fragrances, and are receiving international interest. 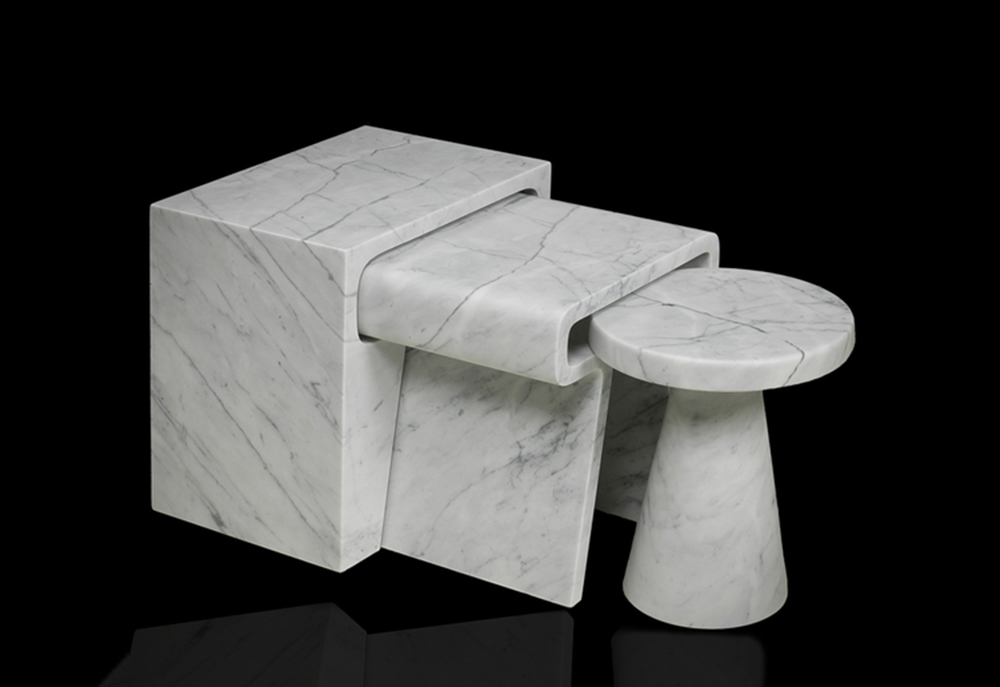 Nesting Table cut from a single block of marble for Milan based gallery L'eclettico, 2010

He also sees the collaboration with Pen as exciting, pointing to the fact they come from a construction, building and architectural background. Something that has clearly informed his Linea series of 'desktop architecture', reminiscent of Oscar Neimeyer’s Internatioal Congress Buildings in Brazil.

A simple extrusion, or ground plane, forms the base for a city of elements of a personal nature and in defining Australian design as 'brutally functional' his inspiration really does open up what he describes as a 'city of possibilities'. 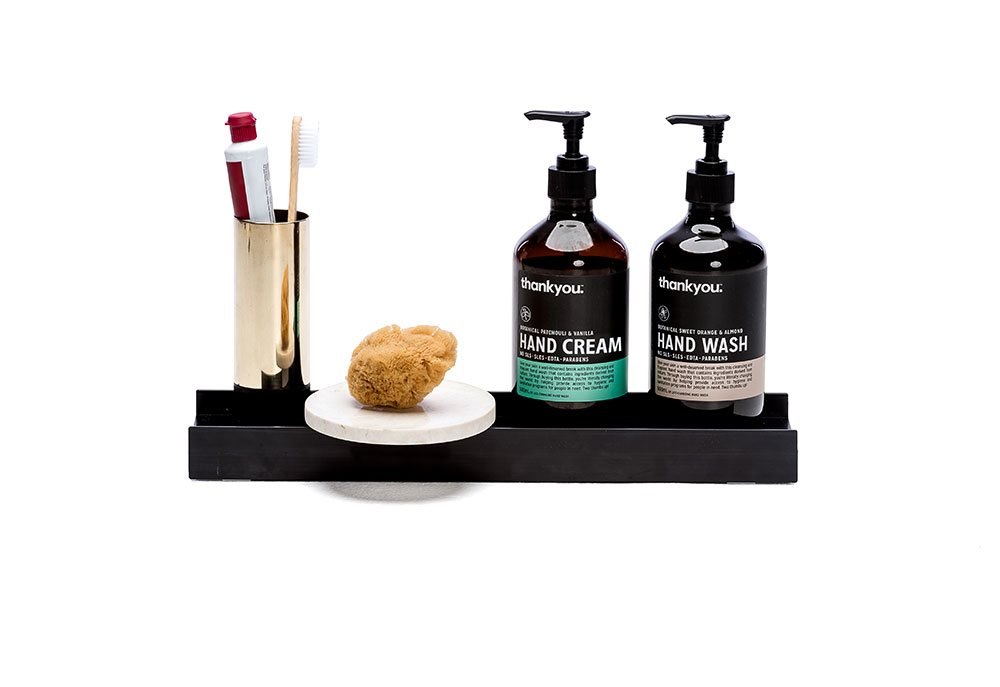 'Jim’s simple, yet clever designs impressed us,' says Susan Chung, co-founder of Pen, who adds, 'We knew he’d meet Pen’s vision both in the work the studio produces and in shifting consideration for the Australian design scene.' Pen, like Hannon-Tan, are driven by the desire to see Australian design step to the forefront globally and with a growing roster of leading locals they may just realise that utopia.

THE LINEA RANGE IS AVAILABLE THROUGH TOP3

HouseLab asks Jim Hannon-Tan for his six objects of desire.